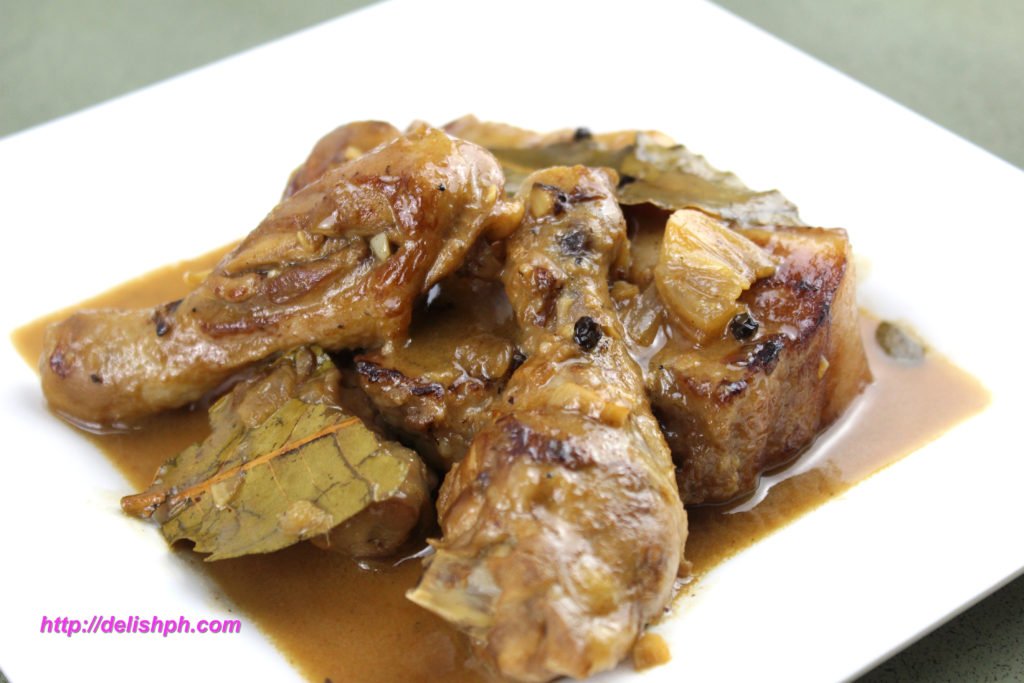 Adobo is probably considered as one of the staple dishes in the country. It also has thousands of versions all over the Philippines. Different places make their own style and version depending on what ingredients are highly available in the area. This chicken pork adobo in coconut milk is one of the versions that you’d truly love.

Here’s how to cook Chicken Pork Adobo in Coconut Milk:

1. In a large bowl combine in pork and chicken.

2. Drop in the chopped garlic, calamansi extract, soy sauce, brown sugar and oyster sauce. Mixed until properly blended. Set aside and marinate for about 1 hour.

3. After marinating, heat a non-stick pan. No oil needed.

4. Fry the chicken and the pork until brown. Set aside.

5. On a large pan, heat some canola oil.

6. Saute the white onions and the garlic.

7. Put in the fried chicken and pork. Give a good mixing.

8. Add in the marinade sauce that was left after marinating.

9. Pour in the white vinegar, pepper corn and bay leaves.

10. Season with salt and pepper. Cover and let cook for about 10 minutes. 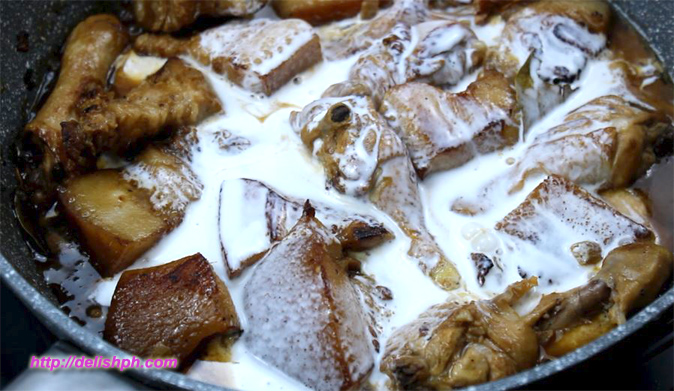 11. Set the heat to low and pour in the coconut milk. Let it simmer for about 5 minutes without covering the lid.

If you have questions about this recipe, drop a comment below or send me an email. I’d be happy to answer.