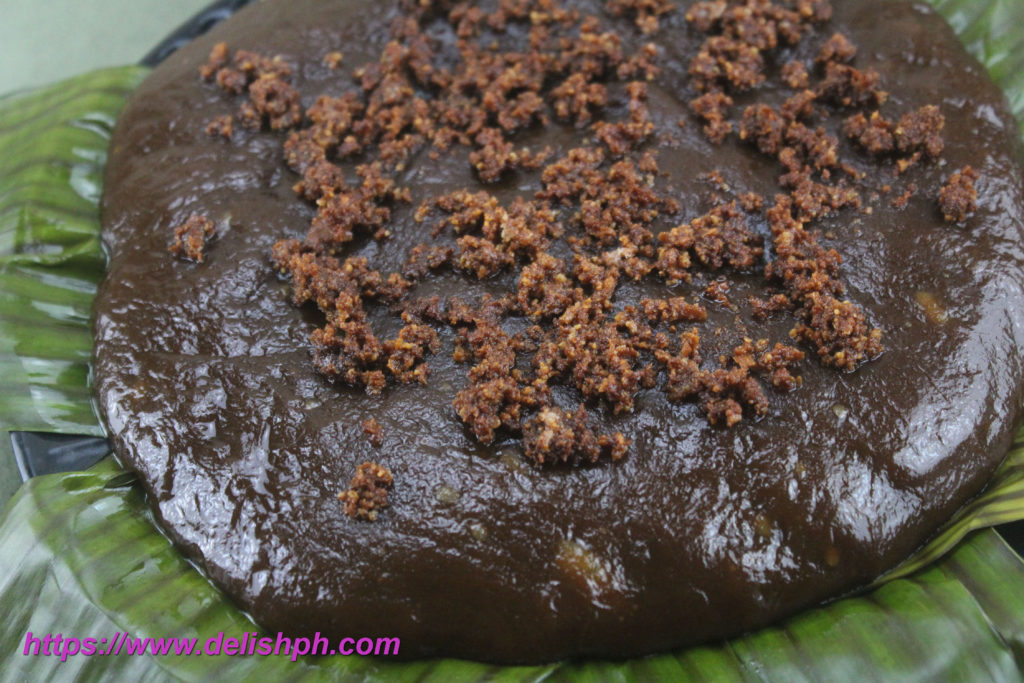 If you are a Filipino, you definitely know that Kalamay Hati is one of the popular “kakanin” that many household prepare. Other than the actual tradition and beliefs, Kalamay Hati is one dish that doesn’t require too many ingredients, cheaper and absolutely delicious. But it’ll just require a bit of effort with the cooking process.

Here’s how to cook Kalamay Hati:

1. In a bowl, combine in the glutinous rice flour and 2 cups of coconut milk. Whisk until properly incorporated.

2. Heat a pan and pour in the mixture. Stir constantly until it thickens and forms a soft dough.

3. Set to low heat. Then gradually add in the muscovado sugar and mix constantly. This process require constant stirring to prevent sugar from burning and for evenly cooking.

4. Prepare a container, covered with wilted banana leave. Brush some coconut oil to avoid mixture from sticking. Pour in the kalamay hati mixture and spread out evenly. Top it with some latik.

1. Pour in 3/4 cups of coconut milk in a pan. Set to low heat. Bring it boil, with gradual stirring. Cook until you see the oil starts to separate and curds start to form.

2. When the curds turns golden brown. Turn off the heat. Drain the oil.

I used to watch my mother making this at home. And she would always say, it’s cooking plus exercise since it requires you a lot of stirring and mixing. But it’s all worth it because it’s absolutely delicious. To make things easy, use a non-stick pan and a cooking spatula.

Get you own Pan: https://amzn.to/2lrVE5N

If you have any question or suggestion about this recipe, drop a comment below or send me an email.

Other Kakanin recipes to try: